Since 1992, Begat Theater has been devising performances that use public space as a venue to explore private and subjective experiences, producing work that defies street theater conventions as they are practiced today. Highly immersive, the work blurs the boundaries between the real and the fictional and places the spectator in an active role.

For each new piece, the artists develop a new form of dramatic writing using interactive media, architecture and the language of cinema to tell an engaging contemporary story. Their sound walks are adapted to each different urban setting and synchronize the spectator’s movements through the town with actors’ appearances, sound and video inviting participation and exploring the role of the audience.

In LES DEMEUREES, a theatrical installation inspired by Jeanne Benameur’s deeply moving novel, one spectator at a time enters an enigmatic structure, a living book that invites them through its pages to meet the characters of the novel: La Varienne, the village idiot, the one who perceives the world differently, her daughter Luce,and the primary school teacher Miss Solange, who has decided she will open the doors of knowledge to Luce.

HIDDEN STORIES is an invisible performance, a site-specific event that blends itself into the urban landscape. Supplied with headphones, the audience is temporarily endowed with the power to hear the thoughts of certain passers-by and to follow them into the unknown. The city is transformed into a sound stage, the audience’s eye is the lens of a camera, and the spectator himself is the editor, choosing which images to synchronize to the sound track being played in his ears.

In LA DISPARITION, Begat Theater places portable media devices in the hands of an active audience. Each individual audience member experiences the story from the perspective on an “Investigator” who searches the city for a missing author. As the audience retraces her steps, synchronized sound, images, and live action blend together, leading each spectator to follow a trail of clues that draws him inside the pages of the missing author’s enigmatic story.

The company’s most recent show ASKIP*, created in 2018, is an immersive theater show performed in middle schools. The audience divided in three groups follow a student, a teacher and the janitor throughout the school building, witnessing their exchanges and also their moments of solitude and introspection. The show questions the way we look at the people and places around us.

Founded in 1992 in New York, Begat Theater moved to France in 1994. Recognized for its innovative and contemporary performances, the company has been touring for 25 years in France and abroad. Translated into several languages (English, German, Italian, Dutch), the shows have been presented in 27 countries. Currently the company develops its projects – and hosts other companies – in its Residency Center, La Ferme de la Colle, in Gréoux-les-Bains in the south of France. 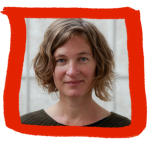 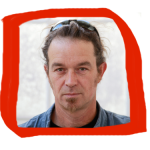 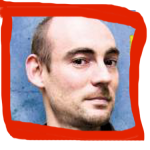 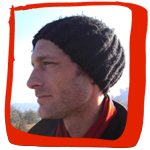 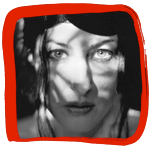 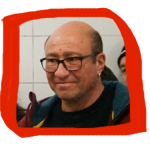 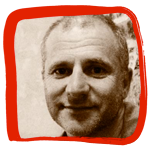 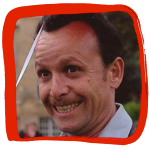 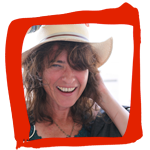 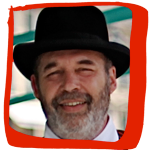 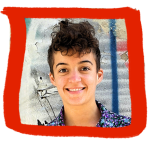 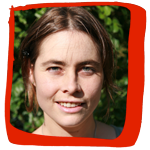 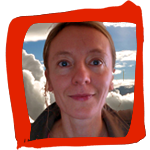 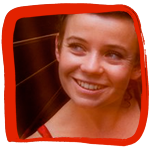 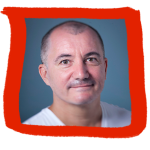 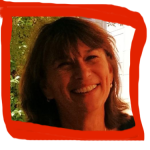 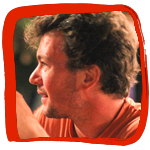 Tours in France, Australia, the United States and Switzerland

Available in French and English

- each audience member can choose his/her language of preference.

- 2007 : Les Demeurées, a theatrical installation based on the book by Jeanne Benameur

Tours in France, Belgium and Monaco

Available in French, English, and Dutch

- each audience member can choose his/her language of preference. 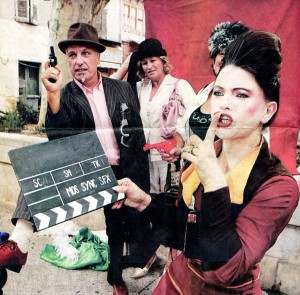 Performances in France, Poland and the United States

Adaptation of a text by Jorge Luis Borges

Performances in France, Belgium, Mexico and the United States

Performances in France, Belgium and Switzerland

Performances in France, Poland and the United States

Inspired by textes by Hélène Parmelin and Bertolt Brecht

Performances in France, Italy and Poland

- 1992 : SAM, indoor theater show based on the life and works of Samuel Beckett

Creation of the company at the Edinburgh Fringe Festival in Scotland

Performances in New York and in Scotland

About the show Hidden Stories :

“A completely new experience which must absolutely be seen… like a film that mixes reality and fiction, “Hidden Stories” is a separate category of street art… A poignant and strange adventure that shouldn’t be missed.” -L’Impartial (SWITZERLAND) – August 2010

“Reveries for solitary walkers. The city is filled with hidden stories, with scenarios waiting to be discovered under every stone. Begat Theater and the Théâtre de l’Arpenteur make them appear from the inner depths of headphones, for their audience of walkers. “Walk man.1″ and “Hidden Stories” reveal the almost magic power of sound to summon a fictional world without “distorting reality”, to use Karin Holmström’s expression. These walks embark the spectator, alone or sometimes in groups, on an urban exploration, and place the act of walking at the heart of their approach. They favor listening and “simply looking at the city” as opposed to “elaborate sets”, remarks Dion Doulis, therefore joining a tradition which aims to reveal theatricality at the heart of everyday life. They question the relationship between actor and spectator and play with the multiple possibilities of pre-recorded and amplified voices. All these ingredients make for a stimulating renewal of the urban sound walk. -Magazine La Stradda (FRANCE) – January 2013

“With a solid reputation for quality, Begat Theater is a street theater company that always creates a singular link between the spectator, the performance site, and the public space. After its memorable installation-show The Half-wits (inspired by Jeanne Benameur’s novel), Karin Holmström proposes a surprising sound-walk in the city. Equipped with headphones, one only needs to follow an orange, a newspaper, a box of match or a pen, as it passes from hand to hand in order to discover the hidden stories of their owners. An intimate, stirring treasure hunt. A tracking shot between the real and the imaginary.”“The festival “Roulez Carros” owes this surprising and interactive street show to a very original company: Begat Theater. Street theater that speaks to the senses, that destabilizes and pushes aside preconceived ideas.” -Nice Matin (FRANCE) – September 2012

“Begat Theater puts the spectator in a particular state where time stops, where one’s gaze can settle on the slightest details, where the mind can freely associate ideas… Begat Theater succeeds in a tour de force which consists of making public space an intimate space.” -Temporairement Contemporain (FRANCE) – August 2012

“Begat Theater proposes a sound walk in the streets of the town. The audience is not safely tucked into their seats, watching and listening to a theater piece, rather he’s the principal actor.” – La Provence (FRANCE) – May 2010

TTT (highest rating) Four slices of live, four stories hidden within the meandering city streets, reveal themselves as we choose to follow the journey of an orange, or a newspaper, or a box of matches, or a pen. These ordinary objects move between the hands of four equally common individuals: complete strangers whose paths cross briefly, before going off in different directions. Equipped with headsets, the audience follows each one of these characters and listens in on their every thought. They slip into the secret world of these strangers whom, ordinarily, they wouldn’t even have noticed. After it’s remarkable and acclaimed piece “Les Demeurées”, Begat Theater presents an insightful and deeply moving performance in the heart of the public space. An unprecedented experience, a story in which the spectator becomes an unwitting, and unexpected, actor. -Télérama (FRANCE) September 2011

“From July 20th to the 24th this year, and for the 25th year in a row, artists have once again invaded every square inch of the city streets. A piece of pavement, a streetlight, a wall… Not much is needed for art to become integrated into the urban environment. At this game four companies in particular excelled. Beginning with Begat Theater and its show Hidden Stories, the spectator, listening to a text via a headset, is invited to follow an object through the streets as it passes through the hands of several characters, unraveling the threads of their lives as they move within their interior labyrinth. A three faceted optical illusion is revealed: reality becomes blurred, the theatrical asserts itself as real, and those on the outside look on in a disbelieving way at the spectator.” – L’Humanité (FRANCE) – July 2011

About the show Les Demeurées :

TTT (highest rating) “The most beautiful emotion from the 2009 street theatre season! In its box of stories, Begat Theater, inspired by Jeanne Benameur’s novel, tells the story of Luce’s difficult learning process. Provided with an audio headset, each spectator goes alone through this installation-show. From one small room to another, the audience member discovers traces of a life, and pearls of hope… Silhouettes appear suddenly from the walls, grab your attention, brush up against you and leave silently. The beauty of the set design strengthens the poetic impact of this unique theatrical experience. Unforgettable!” – Télérama (FRANCE), 20-26 March 2010

“The story, quite simple, inspired by Jeanne Benameur’s novel, stages a young peasant and a primary school teacher, both silent, who guide the spectator from tableau to tableau. The strength of the performance, the pertinence of the text, the set design full of imagery make this show a great choice, confirming the vitality of street theatre.” - Floriane Gaber, Festival Chalon dans la rue (FRANCE) – July 2008